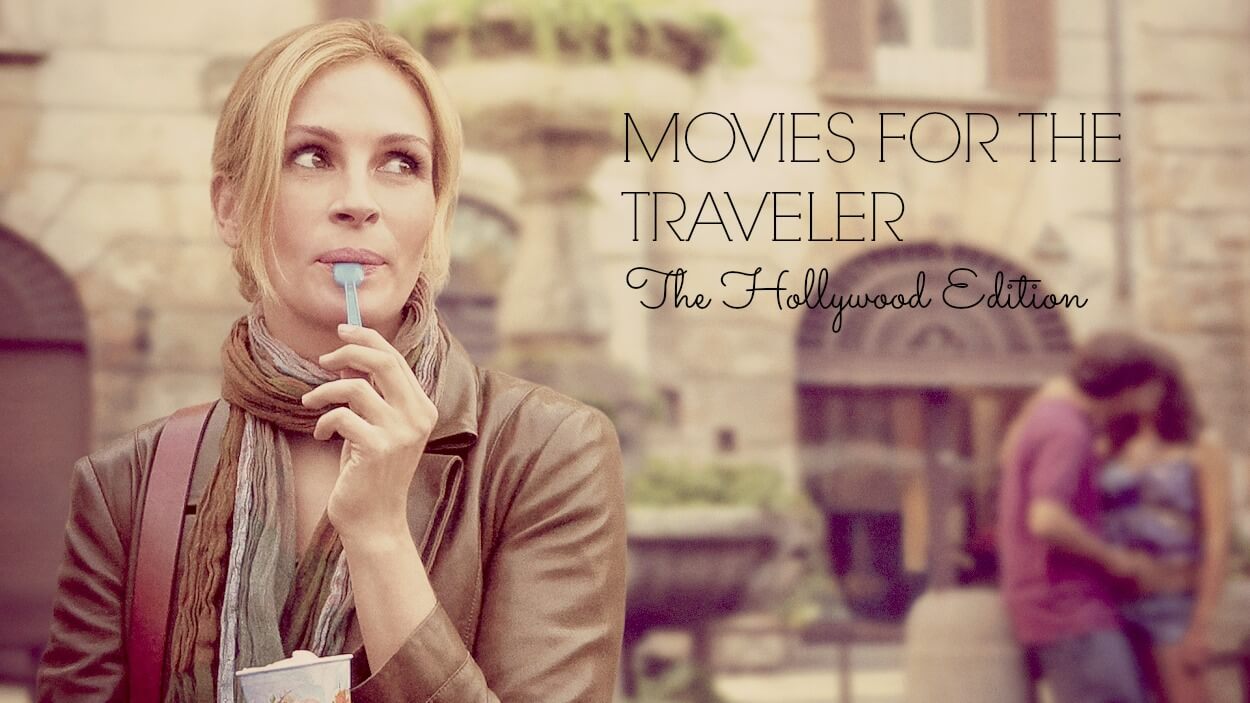 MOVIES FOR THE TRAVELER: The Hollywood Edition

World over, filmmakers have found inspiration in the universal concept of travel. Films have the power to transport you into another world – and travel movies tap into the potential of the visual medium to encourage journeys and promote the magic of life-altering adventures.

To fuel your wanderlust, we’ve rounded up some of our favorite travel films that will help you indulge in the sights, sounds and stories from every corner of this planet. The Darjeeling Limited is an emotional comedy about three estranged brothers who reconnect on a soul searching train voyage across the vibrant landscape of India. With a host of family conflicts waiting to erupt, the film follows the three brothers as they explore spirituality and reinstate their lost sense of brotherhood. Wes Anderson subtly handles melancholy through the highs and lows of travel to create an uplifting, instantly re-watchable film. No list of best travel films is complete without the mention of this internationally co-produced masterpiece. The Motorcycle Diaries is a biopic on the legendary Ernesto Che Guevara’s 14,000 kilometer motorcycle journey across South America. The film offers a glimpse into the region’s stunning locales and the fascinating cultural aspects of its communities. Watch it to truly understand the sense of freedom and exhilaration that travelers seek – and pay homage to this Latin-American icon’s awe-inspiring story. Long-term travel can be one of the most personal sacrifices one can make – and A Map For Saturday puts this message across without intimidating those who contemplate such a life-altering decision. This travel documentary follows backpackers on their year-long solo adventures around the world. Relatable and real, it is a visual guide to different locations, languages, cultures, people and experiences that collectively make up the kaleidoscope that is a world of travel. Julia Roberts brings her charm to the silver screen in this movie based on Elizabeth Gilbert’s critically acclaimed memoir. After a bitter divorce, Liz Gilbert (Roberts) sets off on an international adventure in the quest for self-discovery. Eat Pray Love follows Gilbert as she eats her way through Italy, prays her way through India, and finds love in Indonesia. This book-turned-movie released in 2010 created quite a compelling case for solo travel (especially among middle-aged women), and has since risen to the status of being a pop-culture phenomenon. A biographical drama about writer Cheryl Strayed (brilliantly portrayed by Reese Witherspoon) and her 1,100 mile solo hiking trip in the Pacific Crest Trail. In the attempt to redeem herself and gain mental clarity after a string of personal tragedies, an inexperienced Strayed braves through dark forests, snowy peaks, and muddy trails on her own. Gritty, intense and emotional, Wild de-glamorizes solo travel in an honest, tell-all tale about pushing one’s limits in the journey through life.

George Clooney stars as Ryan Bingham in this American comedy-drama film that captures the life of a businessman who lives out of his suitcase. With an outstanding cast, the movie explores the theme of isolation and detachment – the two harsh realities of an urban nomadic life. Boasting of an ensemble cast that includes Toni Collette, Steve Carell, Alan Arkin and a young a Abigail Breslin, Little Miss Sunshine follows an emotionally dysfunctional (although completely relatable and endearing) family on an inter-state road trip adventure. In order to fulfil the wish of their 7-year old daughter, the Hoovers take their broken-down Volkswagen microbus from Albuquerque to California on an epic journey that borders on the bizarre. Heartwarming, funny, with nutty characters and a refreshingly simple storyline, Little Miss Sunshine rightfully made for a strong contender at the 79th Academy Awards – with six nominations and two subsequent wins. The quirks of seven elderly Britons against the backdrop of a bustling, exotic (read: rustic) Indian city sets the tone for this comedy-drama film. Judi Dench and Maggie Smith lead an all-star cast in this heartening story that follows seven 60-plus British retirees to India as they decide to spend their twilight years in the country. The Best Exotic Marigold Hotel intrinsically captures the West’s fascination with the East. The observations and experiences of each character seamlessly translate into humorous and honest insights – albeit occasionally borrowing from clichés to up the ante. 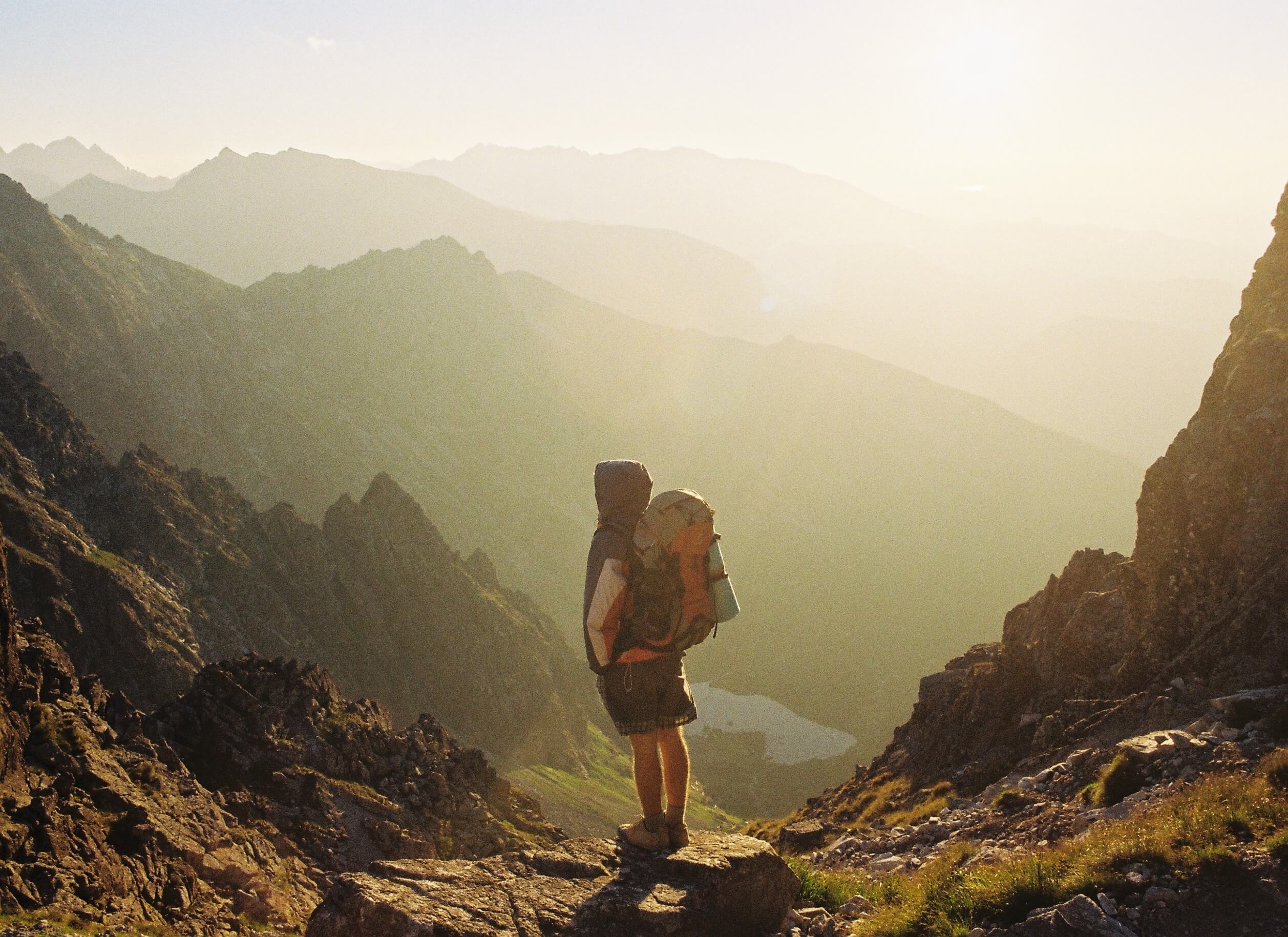 What you need to know about travelling solo

Travelling is a concept that appeals to many of us, regardless of where we come from. Travelling solo, on the other hand, is widely misconstrued as the perfect recipe for loneliness, and boredom.

Despite the constant chatter about the myths and dangers of being alone and away from home, the trend of solo travel, is slowly picking up in our part of the world – especially among the millennials. Stories of solo travellers across the world who meet with exhilaration and uninhibited freedom are motivation enough to get the thrill-seekers and risk-takers of today to pack their bags and get going on a life-altering adventure.

Embarking on a solo trip will get you plenty of advice, much of it unsolicited, most likely to make you rethink your globetrotting dreams. Rather than letting misconceptions deter your plans, read up and prepare for the unexpected before setting off on your big adventure!

ALONE DOES NOT MEAN LONELY

The decision to take a trip alone, locally or internationally, is a choice that every person should make at least once in their lifetime. Stepping out of our sheltered lives and voluntarily signing up for a tryst with independence can be as exciting as it can be daunting.  However, whether you’re a sophomore in college or whether you’re grey and well into your 70s, very few experiences can match up to the way travelling can – it changes you for the better.